From 1999, Here is a scarce little knife! Serial Number 085. Mint Condition. Desert Ironwood Single Finger Grip Handle. I choose to leave the brass on my knives with their patina intact. The new owner can polish it if they choose to. On a side note, the Custom Gutcher sheath is from their old shop, before the fire, and it is made with Grey Elephant hide that Tom Clinton himself took as a trophy!

In 1991 Steve Weinograd, assistant manager of Stoddard’s, and Tim Leival, also an employee, worked on the original design of the “Stoddard Special”, which was submitted to Gary Randall. At the time, Tim was a reserve Lieutenant in the 11th Special Forces Group based at Fort Devons. It was their goal to come up with a design which would make a “carry” knife that would fill the needs of the noncommissioned officer in our armed forces. Besides actually providing a knife that would do the job, they also wanted to honor the personnel so vital to the continuing success of our military, the Non-Commissioned Officers Corps. This effort resulted in the knife, which has come to be known as Stoddard’s Sergeant’s Model.

The Randall Shop worked up the prototype on the basis of the #19-5″ Bushmaster blade. This is a wide, heavy duty type blade designed to be a big game skinning knife. As the original design made its way through the prototype stage it evolved into a 5-1/2″ blade with a 1-1/2″ width of 1/4″ 01 Swedish Tool Steel. The upper bevel was left unsharpened due to a section of the Massachusetts law concerning double edged knives. The resulting blade looks more like the #25 Trapper model than the Bushmaster due to the slightly clipped point and the large flat grind. To go along with the “useful tool” aspect of this model is the single hilt and the single finger grip handle.

The Sergeant’s model is stamped “Stoddard’s, Inc/Boston, MA-SN. #—-” on the blade on the opposite side of the Randall logo.

The last of these knives (#249-#252) were shipped out in April, 2007. This pattern has since morphed into what we know today as the Sargent’s Model. 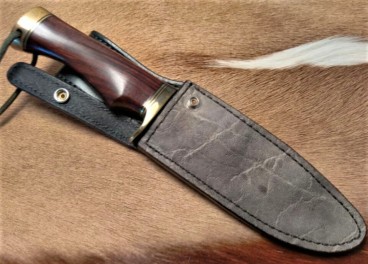 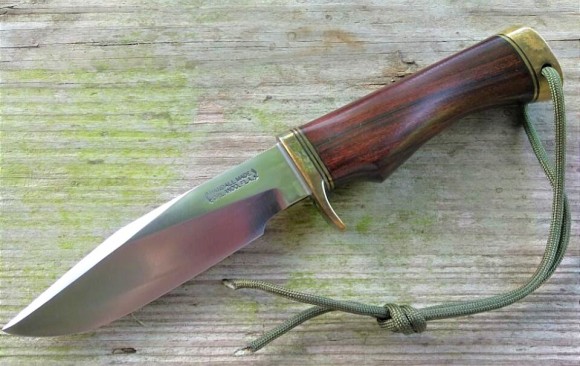