Very Special Opportunity to own a Rare Piece Of History!

Maj. Charles L. Thomas was one of the original members of the very first all-black 614st Anti-Tank Destroyer Battalion, who by federal law were not permitted to serve alongside white troops; the military did not officially desegregate until after World War II. They were known as the Black Panthers after their unit’s distinctive insignia; their motto was “Come out fighting”. The battalion received a Presidential Unit Citation for its actions. In addition, a large number of individual members also received medals, including one Medal of Honor, 11 Silver Stars and about 300 Purple Hearts.[1] They have been called “one of the most effective tank battalions in World War II.

Anyhow, I’ll let the pictures do the rest of the talking for the knife itself! 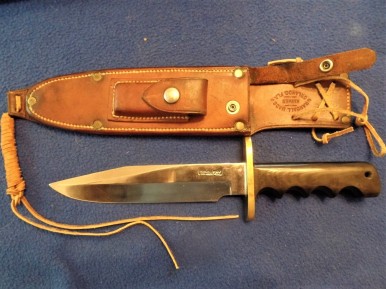 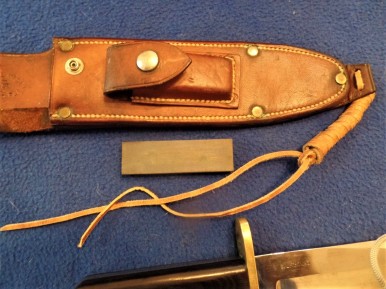