It was brought to my attention about a short article written by one of the thousands of experts out there about “Fake Miniature” Randall knives. So before somebody goes out and spends their inheritance money or life’s savings on these things, I would like to take a moment and dissect some of these “expert” findings.

Very few people are interested in miniature Randall knives. I would probably think less than 1% of the Collector community has a burning desire to own a miniature. It is more of an oddity than it is a “most desirable and valuable Randall knives ever made”

And as far as the most valuable…..ARE YOU F**KING KIDDING ME?!?!

I have never seen a $10,000 miniature, has anybody else??? I’ll take most any WWII fighter, or even most any Viet Nam era fighter over any miniature any day!

2. Regrettably, they are also some the most counterfeited.

Out of the original Miniature knives that were available, only one model had any type of counterfeiting to even make mention of, and that was the Mini 18. One of the reasons for that is that an outside supplier was used to do work on the Model 18’s, and therefore had an ample amount of knowledge to “recreate” similar versions of these. That is just one example. There really isn’t any supply and demand for these so called “most valuable” knives to even make it worthwhile.

3. The late shop foreman Pete Hamilton once told me there are more fake miniatures out there than real Randall minis!

I’m not even going to dignify a response to such nonsense.

Let’s take a moment to look into the word “fake” and the word “altered”, shall we?

FAKE: NOUN
a thing that is not genuine; a forgery or sham.
“the knife was a fake”
synonyms: forgery · counterfeit · copy · sham · fraud · hoax · imitation · mock-up

A “fake” knife is one that has been made solely for the purpose of defrauding an unsuspecting buyer. It is represented as the real McCoy. A fake knife will not have a single real part included in it that a genuine knife will.

We have all seen fake Randall knives listed on eBay every week it seems. Most of these are made in foreign countries and do not even remotely resemble a genuine Randall. Here is an example of a recent eBay Fake….. 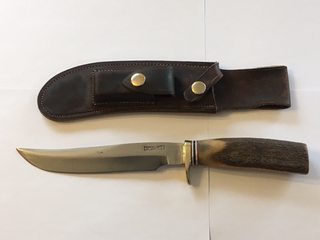 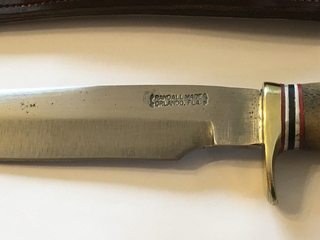 Now lets look at the definition of the word “altered”.

ADJECTIVE
changed in character or composition, typically in a comparatively small but significant way.

This is what is much more prevalent in the Randall knife community. It has especially gotten much more popular since the passing of Bo Randall, since he would pretty much sign off on any customers own design within reason. These days it’s impossible to get a special blade grind or some other key differences that would truly define a “custom” knife, so more and more collectors are turning to other Custom Knifemaker’s to have these alterations done.  James Behring Jr. is one of the best and most well known for replacing “Plain Jane” handles with his true work of art transformations. 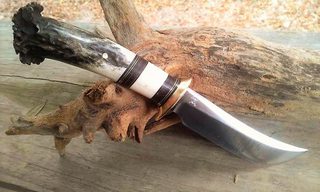 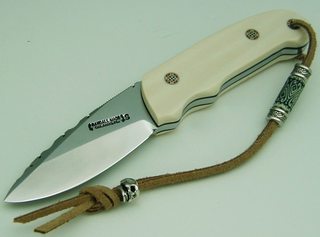 Don Hedrick is another quality craftsman for re-handling Randall knives…. 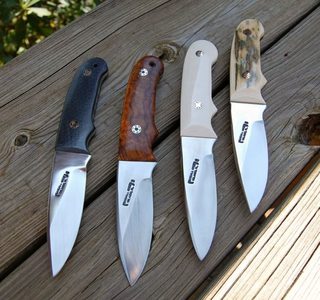 For instance, if you ever have wasted a few moments of your life and looked at Rick Bowles website, you have certainly seen more than a fair share of re-handled knives, mostly performed by Don Hedrick, who is a fine miniature knifemaker in his own right, but altered none the less.

Does this mean an altered knife is a fake?

As Gary Randall puts it, “It didn’t leave this shop that way”.

Once a knife has been altered outside of the shop, it no longer falls under the category as a “Genuine Randall Made Knife” and the shop WILL NOT  warrantee or repair it!

So does altering a knife make it less valuable than a genuine one?

Why would anyone spend $100’s of dollars to customize an already expensive knife if it didn’t add value to it?

The Dealer Special “Stanaback Special” began life as a broken blade that was re-ground into the configuration that is seen today. Once he saw the shape of the new creation, he asked if he could use it for his own.

Let me throw this fact into the mix…..The Randall Museum is full of there own hand made knives that have been altered in a way to differentiate them from the typical version that everyone else see’s and receives. Jason Randall told me personally that very few of the Randall knives in the museum were made specifically to be on display only in there. They were broken or unsellable knives that were finish assembled in a fashion to make them unique.

To summarize all of this, most people can tell a fake knife from a real one, and purchase knives accordingly. But a vast majority appreciate an altered or customized knife, even more so than a genuine, fresh from the shop, waited 5 years for, Randall Made Knife! Do not fall for the hogwash of some schmuck telling you an altered knife is a fake knife, especially when he sells them!

10 thoughts on “The Randall Miniature Myth”